“We are not alone – In War and Peace”

The audience quietens. The space before them becomes filled with silence. All eyes look forward. Mouths end their warbling and babbling with each other. Ears are pricked.

A solitary figure emerges and wanders into view.

Dressed in all manner of colourful clothes; possibly picked at random, but possibly not. He wears a little make up to enhance his eyes, cheeks and mouth. You can’t help but notice that he is wearing a bright red nose held on with obligatory but thin elastic. 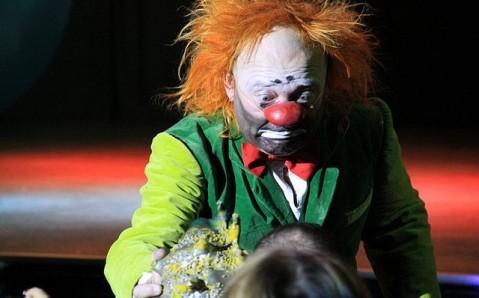 You see his eyes carefully look around him with interested, yet open hearted curiosity. He sits himself on one end of a wooden bench. A solitary green watering can has been placed on the floor around ten feet away from them.

The clown’s face looks up and rapidly crumples up like a brown paper bag about to be tossed away. Mouth agape. His chest breathes in and then lets out a painful, painful howl! from deep within. His shoulders collapse and hunch over.

“Oh Ukraine, my heart bleeds”, with hands reaching towards his chest.

The audience holds their breath.

A few moments pass. The clown turns slowly towards the watering can. Its spout turned away, aloof in the air.

His face now full of angry frustration and despair, spat out “why,… why did you bring war to Europe?”

A disembodied, disdainful voice (thrown from somewhere off stage) said “It was the right thing to do. It is noble. I am saving people”.

The clown’s mouth dropped to the floor, hardly believing what he was hearing.

At that moment, seemingly not aware of what was going on, in walked a second clown. She was looking rather pleased with herself and strode in, full of purpose. A red beret was perched proudly on her head.

The first clown, with eyebrows furrowed, said wearily “who are you?”.

“Oh, I’m the big red button”, with eyes eager to point upwards towards the red beret, said the second clown. She continued… “when I get pressed, the whole world blows up”.

The first clown’s head dropped into his lap, upon hearing this.

A few moments went by.

Finally, he said “but don’t you realise that includes you?”.

“Oh”, the red button said, now looking rather alarmed. “I didn’t know that. I never read that in my contract” she said with quizzical brows.

“It’s in the small print” droned the watering can, with considerable disdain.

Tearfully, looking towards both of them, the red button said “but I have a family, a husband and children. I don’t want them to be blown up too”.

“Well, they will, if he (the first clown, nodding towards the watering can) perceives an even deeper existential threat than the one that started all this.”

“oh, [tut, tut], once I’ve been filled with water, I’ll be fine” the watering can replied grumpily, but seemingly wanting to change tune.

The watering can continued, with head hung low as if not wanting to be noticed, “everyone [thinking], everyone needs to have purpose in life”.

The first clown stood bolt upright, hardly believing what he had just heard. He said through pursed lips “are you really saying that you’ve declared war on Ukraine, because you’ve ran out of water!”

“Well,… yes, I do believe that to be correct, yes”, said the watering can, with an almost discernible dip in the spout towards the floor as it said so.

Lifting his spout immediately in the air again, he continued “all the water was going into Ukraine…”.

“Or at least that was the propaganda was supposed to be about” he whispered to himself, he hoped, quietly.

“Well, if that’s what this is all about, here have some of mine” blurted the red button. Leaning to one side, with one arm bent with hand on hip and the other arm and hand shaped like a spout.

Hardly believing the turn around of events, the first clown joined in and said “yes, yes, here have some of mine too”, pulling on a plastic coloured tube he took out of his pocket. “We’ll try this new pipe. Apparently, it’s from the EU”.

With an almost discernible shrug, the watering can said “well, … ok, I suppose we can all share”. “But”, it said “as I think about it, I’m not sure how to share”.

The first clown nearly fell over himself to immediately offer a suggestion and quipped “why don’t have a look in the history books, I have a few on my shelf at home…”.

“Oh, can I come too?” (Clearly assuming an invite had just been given to the watering can), said the red button. “It would be good opportunity to get to know each other. I’m wanting to retire soon and have a grandchild on the way.”

“In that case, then, all I need right now is a hand to pick me up and take me with you”, said the watering can.

The clowns looked at each other and said “yes, sure…”, clearly trying to figure out who would be first and with which hand. 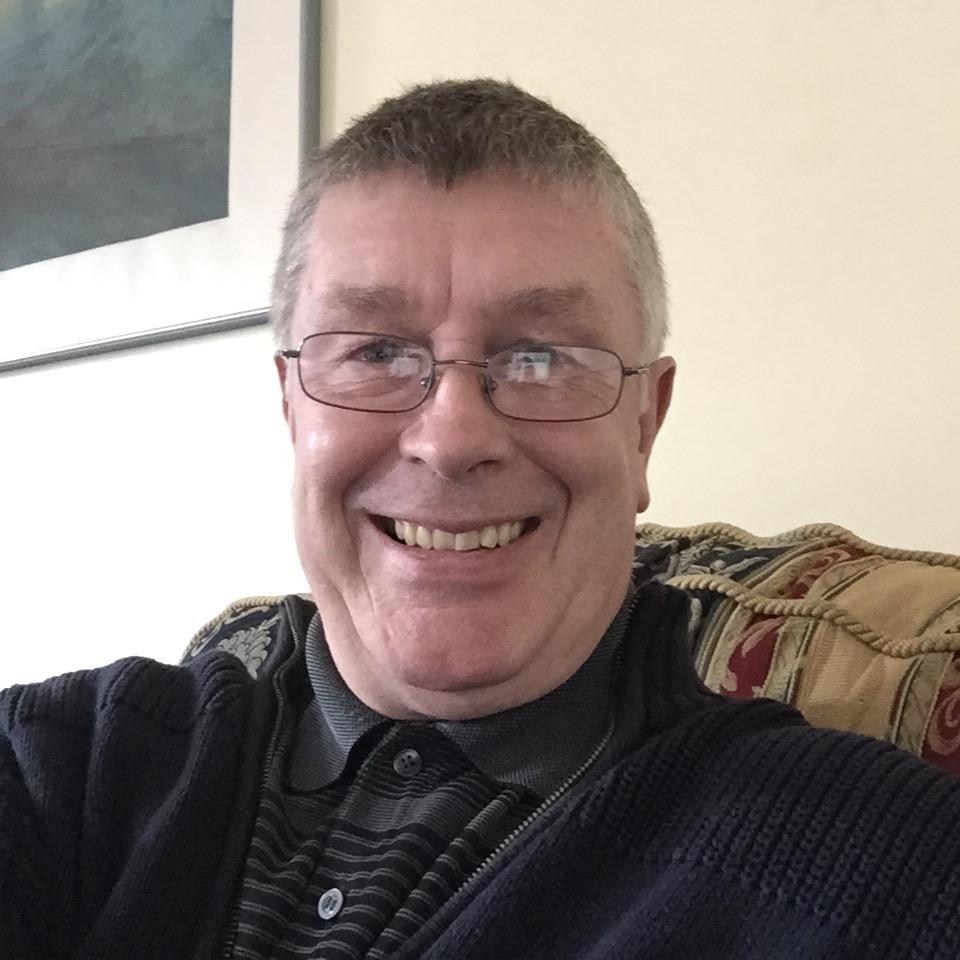